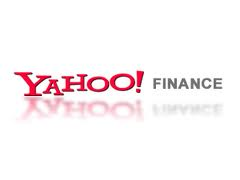 Kosmont-Rose Institute Cost of Doing Business Survey. The Rose Institute with Los Angeles-based Kosmont Companies gathers data on business fees and a variety of tax rates from 305 selected cities. After 17 years of nationwide coverage, the Survey now focuses on the states where business relocation is the most active. The 2012 edition of the Survey takes a close look at the cost of doing business in California, along with eight other western states that many companies view as possible alternatives to California (Arizona, Colorado, Nevada, New Mexico, Oregon, Texas, Utah, and Washington). Rankings for each city are divided into one of five “Cost Ratings” groups: Very Low Cost ($), Low Cost ($$), Average Cost ($$$), High Cost ($$$$), and Very High Cost ($$$$$).

Highlights from the 2012 Survey

California dominates the list of the most expensive cities, with a total of eleven cities – eight in Southern California and three in the San Francisco Bay Area.

Los Angeles and Phoenix are the two most expensive metropolitan areas in the western United States.

Texas stands out as a low cost state, with six cities on the list of twenty least expensive western cities.

All five of the least expensive cities in California are located in Southern California.

In California the November elections were populated by 124 ballot initiatives that would increase or expand local taxes. Eighty-three of these 124 passed, including increases in taxes that directly impact business such as sales and use taxes, transient occupancy taxes (TOT), utility user taxes, and businesses license taxes.

The trend toward more taxes is expected to continue next year. In the City of Los Angeles, for example, a proposal to increase sales tax from 9% to 9.5% has been preliminarily approved. Voters will decide on the proposal on the March 2013 ballot.

The most recent blow to business may be unintended fallout from the recently passed Proposition 30, which was advocated by Governor Brown as part of his plan to reduce the State budget gap. Proposition 30 increases the sales tax by 0.25%, raising California’s state sales tax from 7.25% to 7.5% for the next four years. Proposition 30 also imposes higher income tax rates for the next seven years on California residents making over $250,000 a year. As a result of Prop 30, top earners in California will pay the highest state income tax rate in the country.

Kosmont believes that legislators have to be reminded that Prop 30 is merely a fiscal Band-Aid. “Revenue remains an issue in Sacramento, but California’s economy is increasingly reliant upon small businesses, many of which are sole-proprietorships and partnerships in which business income is taxed at individual income tax rates. While the Governor was targeting higher earners, it remains to be seen if the measure will inadvertently undermine entrepreneurial growth and small business expansion.”

One can certainly claim the State has succeeded in taking out a key tool for California businesses. For decades, cities and counties across the State of California have relied on redevelopment areas to attract private investment and to reinvigorate and improve blighted, deteriorated, and economically challenged areas, thereby improving the municipality’s local economic conditions.

Under a 2011 decision by the California Supreme Court, over 400 California redevelopment agencies were terminated on February 1, 2012, and the former host cities are now entangled in a complex time consuming dissolution process which will end with a fire sale of property sometime in 2013.

Larry Kosmont called the Supreme Court’s decision “a watershed event for cities,” especially for those that had overly relied on redevelopment administration funds, which are now gone, adding even more cuts to city services including police and fire which had already felt the scalpel of the recession.

To make matters worse for those businesses looking to invest, it has become difficult for cities to direct any attention to economic development projects, as they are busy tending to the tough deadlines under the RDA dissolution program. These staff-constrained cities also have fewer tools and pathways to economic development, and now have no future financing tool to leverage tax increment because redevelopment was terminated.

“The past few years have not been kind to California cities,” said Larry Kosmont, President of Kosmont Companies. “The Recession exposed fiscal weakness in California that has been present since public unions became king of the hill: namely unfunded pension obligations and a State so entitlement-burdened and reliant on high taxes and fees, that it has become routinely adverse to the needs of business. Add to that structural deficiencies, the reduced tax receipts from the downturn, and the recent loss of redevelopment agencies and you have a quadruple-punch in the gut of local governments.”

Kosmont states that firms still want to locate in California citing the Golden State’s world-class weather, amenities, large and diverse workforce, and strategic Pacific Rim location. “The truth is companies want to be in California. But in response to the pressure to control costs and remain price competitive, CEOs are compelled to ask, ‘How small an operation in California can I manage with and still service that market?’ As a result, the sales or design office may stay or even expand in LA or the Bay Area, but the bulk of jobs and back office functions will likely end