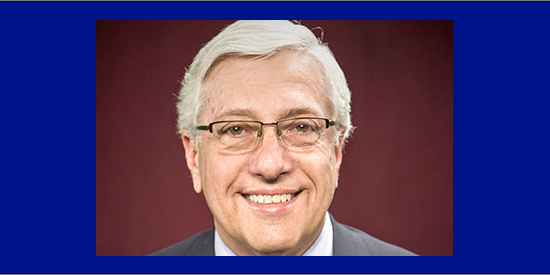 LOS ANGELES — With San Bernardino poised to exit bankruptcy in January after a grueling 54-month process, leaders of the Southern California city will shift from cost-cutting to achieve solvency toward growing the city’s economy.

City Manager Mark Scott said he, Mayor Carey Davis, and the City Council are scheduling a meeting in early January to sit down with Scott’s key managers and develop an action-focused work plan.

“The judge puts out the written ruling on January 27 and then there will be several months of paperwork before we officially exit bankruptcy,” Scott said. “From my standpoint, after January 27th, we will be in good shape.”

The city of 216,000 was able to shed $350 million in one-time and ongoing expenditures through the bankruptcy, at the cost of about $25 million in legal expenses and enormous amounts of time spent by city employees, according to the city’s Dec. 7 bankruptcy update.

The holders of $50 million in outstanding pension obligation bonds were among those who received a severe haircut, getting a 40% recovery.

San Bernardino has been brought into the mainstream with other California cities in its governance practices through the approval by voters on Nov. 8 of a new city charter, Scott said.

The charter, which still needs to be approved by California Secretary of State Alex Padilla, moves the city from a “strong mayor” system of governance to “council-manager.” The mayor will remain a full-time position, but will work with the council as a single governing body. City attorney is no longer an elected position.

“The trouble with an elected city attorney and [similar city positions being elected] is that everyone could have their own agendas, and they did,” Scott said. “There were warring factions; and the decisions that got made pushed the city into bankruptcy. No one was working together.”

“Now we have a formula, so we can get on the same page with policy,” said Scott, who arrived in San Bernardino as interim city manager in February 2016. “And with a good staff to institute the sound policy, we can do as well as any other city can do from a governance standpoint.”

City leaders voted in July 2012 to file for Chapter 9 bankruptcy with the city facing a $45.8 million deficit. The city had a cash crisis so severe that then-Mayor Patrick Morris said the city did not have enough money to pay its employees and obligations and expected to run out of cash within 60 days.

Larry Kosmont, president and CEO of Kosmont Cos., a real estate development and government consultancy, said San Bernardino’s strong-mayor form of governance, a weak city manager, and strong unions led to its downfall.

“I think the convergence of that meant it was hard to get a disciplined approach to accounting and budgeting,” Kosmont said. “A strong executive can change that balance and bring disciplined budgeting.”

Under the new charter, strong department heads can work under the city manager and be insulated somewhat from politics, he said.

If the city can manage its revenue-expense balance, Kosmont said, it could be poised for a comeback.

“Mark Scott is a good city manager,” Kosmont said. “They have recruited good people, so they have a shot.”

Scott, 67, told city leaders he was not willing to stay at San Bernardino long-term without a new charter.

“I was not interested in working in such a confusing form of government for long,” Scott said. “I wanted to help, but it was contingent on the charter being able to pass. The pre-existing form of governance was unrecognizable to anyone who studied government.”

There were so many elected officials that it was a competitive form of government, he said.

The charter change has already made it easier to hire new staff, he said.

Scott recently re-hired Andrea Miller as assistant city manager. Miller was acting city manager when the city entered bankruptcy. She and Jason Simpson, the finance director at the time, who were both relatively new to the city, were credited with uncovering the financial morass that led to the city entering bankruptcy. Miller left to work as the executive director of San Gabriel Valley Council of Governments. She last worked for a year as city manager for Covina, a city of 48,000 in eastern Los Angeles County.

Former Riverside Finance Director Brent Mason was hired to head San Bernardino’s finance department in April. The city still has many open positions including public works director, and only has three city planners where most similarly sized cities would have a dozen, Scott said.

A robust planning department is considered essential to work with developers on projects that attract new businesses. There are plans to hire more planners to reach a half dozen, he said.

“You need to do the kind of planning that attracts development,” Scott said. “When a developer comes into town, you tell them what you want and they will build it. No developer wants to spend the time guessing what a community wants.”

They have to get successful at economic development – and that starts with land-use, Kosmont said.

“Those start to happen when you have a strong city manager type of government, because the day-to-day decisions are not distracted from by yearly politics,” he said.

Zoning and permits can be structured to attract downtown investment, Kosmont said, or development near transit stations, or hotels.

“There is no silver bullet to coming back from bankruptcy,” Kosmont said. “It is going to take a huge amount of commitment and land-use policies that attract investment in key locations.”

Between the financial workouts in bankruptcy and the charter changes, Kosmont said San Bernardino has the structural foundation to build a better house, and good staff in Scott and other people under him.

Scott said people were surprised he took the job. He has been city manager at five other, very distinct cities: Beverly Hills, Culver City, Fresno, Burbank, and Spartanburg, South Carolina.

He said he saw it as an exciting opportunity to be involved in a team that can change the course of a community.

San Bernardino has the highest poverty rate of any large city in California with 34% of its population below the poverty level.

“We have the worst homicide rate per capita in the state,” he said. “Poverty attracts crime and then the crime problem that follows poverty pushes out the long-time residents. We have to stop the outward migration of people who support our economy and governmental institutions.”

The city has dropped from 1,100 employees in 2012 to 600 today; part of the shrinkage came from outsourcing its fire department to the county and waste management and park maintenance to private contractors.

Pension costs were a significant factor in why the city outsourced city services and pensions will continue to be a big cost, just not as big as they used to be. The majority of the cuts to employee benefits were to current employee and retiree healthcare.

The city will be fiscally solvent before it is service level solvent even with the outsourcing, Scott said.

He predicted the city police service levels will be where they should be in a few years, but it will probably take 10 years for parks and recreation to return. The 59-square-mile city has 40 parks, but some will have to close, he said.

The city is not likely to issue bonds to aid economic development, because it doesn’t have the money to repay them, Scott said.

The city is at the point where Scott spends less time on the bankruptcy and more time on regular city business, though.

“They have blemishes, like high crime and a high tax rate,” Kosmont said. “But that doesn’t mean they can’t succeed.”

Pensions are an albatross for many California cities and the only way out is through new taxes and a reduced cost of retirement, he said.

That is why, Kosmont said, so many cities are tracking a state Supreme Court case in which Marin County is challenging the so-called “California Rule,” a series of court decisions that prevents municipalities from being able to alter downward the future pension earning formulas of existing employees.

“Cities are looking for significant economic development,” Kosmont said. “That is why 39 cities have approved marijuana taxes. You can’t tell me all politicians love the legalization of marijuana.”

Cities have come back from the recession, but not to the extent the state has, said Dan Carrigg, deputy executive director of the California League of Cities.

“There wasn’t an infusion of revenue into city coffers,” Carrigg said. “Lot of cities said where revenues have rebounded, the additional money has gone to increases in California Public Employees’ Retirement System contributions and other postemployment benefits.”